My second book, Lapse Americana, is due out from New York Quarterly Books on February 2. In the meantime, here are four of my favorite titles already out from NYQ Books: 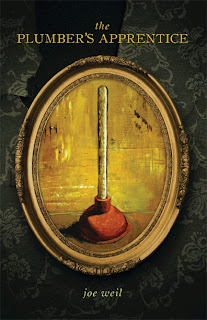 The Plumber’s Apprentice by Joe Weil (NYQ Books, 2009).
These poems are simultaneously tough-minded and tender-hearted. For example, check out the opening lines of “A Typical Day 31 Years Ago”:
was watching my mother die.
Part of the tumor that would
eventually strangle her
came out of her mouth
like a cheap party trick,
just in time for the feast
of the epiphany.
Weil’s Catholicism (see his brilliant two-part essay on that topic on The The Poetry Blog) leads him to a poetics that emphasizes the sacramental and the incarnated. The poems abound with physical detail, real images of real life that point to the paradoxical dignity we find in bearing the indignity of humanity. The poems are direct and smart. This may just be the best book of poetry I have read this year. 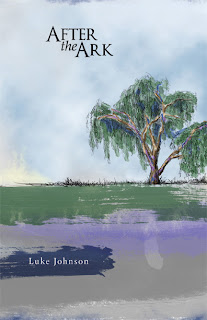 After the Ark by Luke Johnson (NYQ Books, 2011).
This book makes me think of C.S. Lewis’s observation that the sonnet sequences of the 16th century were not narrative but rather “symphonic.” I think what Lewis meant is that the background story (whether Shakespeare’s love triangle with the “Dark Lady” and “Young Man” or Sidney as Astrophel in love with Stella) is felt rather than followed. That symphonic effect is certainly evident in After the Ark, which has as its background story the marital dissolution of the poet’s parents and the death of his mother. Johnson doesn’t give us a blow by blow account of the end of that marriage or of the end of his mother’s life; rather he invites us into the emotional landscape of a family’s collapse. The result of this technique is that we are moved along with the poet. He doesn’t dictate to us what he felt; he invites us along for the emotional ride. Much of this emotion is conveyed through powerful images, doing much to revive Eliot’s concept of the “objective correlative.” Consider the last two lines of “Pageant, Christmas Eve”: “Houselights snuffed, the dark became an empty / ribcage, the tree our flickering heart.” Wow! Another very effective image is that at the end of “Flood” in which, sitting beneath a tin roof listening to the rain, the mourners for Johnson’s mother “put her shoes outside and watched them fill.” That is a powerful image of absence and loss. 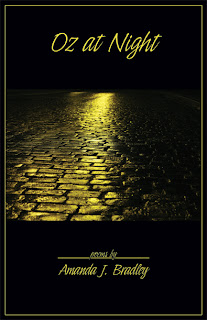 Oz at Night by Amanda J. Bradley (NYQ Books, 2011).
Maybe I should declare up front that Amanda Bradley is a friend of mine from graduate school. But then again, so what? I have lots of friends whose books I don’t like, and I simply avoid reviewing them. Amanda has saved me a lot of awkwardness by writing a very good book. The best description of this book is probably its title, which captures well the unique blend of the harrowing and the whimsical that one finds throughout Oz at Night. A great example is “To Thomas Pynchon Regarding The Crying of Lot 49,” which would seem to inaugurate a new kind of poem: the academic confessional. Recalling the agony of digging through Pynchon’s book, she says, “Was that on purpose? I want to punch / your reclusive face. Where are you, Pynchon?” The poem is funny, especially to anyone who has struggled with the intellectual demands of academic work, but it is also very personal. Finding herself lost in a maze of critical theory and interpretation, she ends with the confession that “by page 111, I couldn’t believe myself.”  This is a witty poem on the academic life, but it is also a very brave poem about self-doubt. In some ways it reminded me of Ginsberg’s “America,” and I wanted to add “It occurs to me that I am Thomas Pynchon./ I am talking to myself again.” Other poems in the collection wrestle with the same issues of identity and self-doubt. In “I am not what I would like to be nor what I will become,” she says “I am not Matt Damon, nor someone who carries an alligator purse.” This is a very striking way of addressing identity and the painful process of deriving it by means of negation. The poems in Oz at Night are not confessional in the Plath, Sexton, Lowell mode, but they do leave one with the impression that Oz is an internal landscape, as simultaneously alien and familiar as the depths of our own minds revealed in dreams. 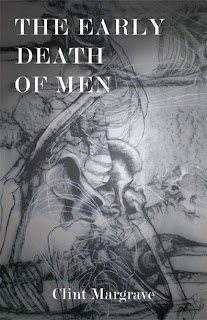 The Early Death of Men by Clint Margrave (NYQ Books, 2012).
Margrave offers something rarely seen in contemporary poetry: wit. It’s not just that the book is often funny, though it is. I mean “wit” in the seventeenth-century sense, the play of intellect. “Perishable” is a good example of this quality.  Margrave begins the poem with a description of cleaning out his recently deceased father’s refrigerator and ends with the observation that “a man is more perishable than his food.” The poem has certain Donne-like qualities, the witty conceit and the memento mori. Indeed, memento mori – the medieval and Renaissance trope of calling to mind one’s impending death – is the unifying theme of this book. Margrave treats this theme with humor and genuine pathos.

I will most likely recommend more from NYQ Books in the months ahead. In the meantime, if you want to get a better sense of the philosophy behind the operation, see me review of editor Raymond Hammond’sbook, Poetic Amusement. Or, better yet, buy a copy of Poetic Amusement and read it yourself.
Posted by Ben at 1:32 PM 2 comments: