The Dostoevsky of the Southern Plains: On the Work of B.H. Fairchild 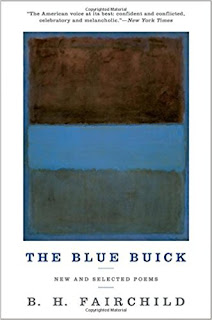 B.H. Fairchild’s roots are in three states of what was once known as the “Great American Desert.” He was born in Houston in 1942, and grew up in small towns in Texas, Oklahoma, and Kansas. Fairchild stayed in the region for his education, with degrees from the University of Kansas and the University of Tulsa. His experiences on the plains – work in his father’s lathe shop, high school football, hardscrabble living – are at the core of his, mostly narrative, poetry. His poems are full of the oilfield workers and wheat farmers that make up so much of the region’s population. But Fairchild’s relationship to the plains is deeper than just subject matter. The landscape of the southern plains – its unique combination of expansiveness and sparseness – becomes in Fairchild’s work a particular kind of poetics, both maximalist and chiseled, emotionally rich but also reticent. This poetics, as it has developed over the last thirty years, is on full display in this volume of “new and selected” poems.


Among prominent contemporary poets, Fairchild stands out for his commitment to narrative verse. Although what the critic Stephen Burt has called “elliptical” poetry – characterized by indirectness, an emphasis on suggestion rather than clarity – dominates much current poetry, Fairchild continues to write in the tradition of Robert Frost, offering the pleasures of good-story telling without compromising the pleasure of poetic craft. The long, roughly hexameter lines that dominate in Fairchild’s poetics are flexible and conversational enough to carry a story along, a technique adopted most likely from Frost’s reinvention of blank verse as a casual, even folksy medium.


One example of Fairchild’s great talent for narrative verse is the poem “Body and Soul,” perhaps his best known poem from what is probably his best book, The Art of the Lathe. The poem tells a simple story of an amateur baseball game in Oklahoma in the 1940’s, as remembered by a group of old men a generation older than the poet. One player short, the opposing team suggests that they can continue the game if no one objects to a fifteen-year-old kid joining in. The kid turns out to be Mickey Mantle, and, not surprisingly, the home team loses. Again, this is a simple story, but Fairchild’s genius emerges through the detail accompanying the narrative and through the deeply human significance he is able to draw from it. The poem begins with an image of the men drinking “bourbon and Coke from coffee mugs,” a detail almost startling in the accuracy of its observation. The lives of the men are apparent in their “little white rent houses,” in their “broken Kenmores,” and in “the free calendar from the local mortuary / that said one day was pretty much like another, the work gloves / looped over the doorknob like dead squirrels.” The details suggest lives marred by drabness and dreariness, but there is also a dignity to these men who choose to continue pitching to Mantle rather than simply walking him to save the game. They choose, as Fairchild says, to save “some ragged remnant of themselves to take back home.” “But there is one thing more,” he adds. The men have been forever changed by encountering “the vast gap between talent and genius.” This insight from the poet elevates the narrative from the level of amusing anecdote to the level of universal significance. It becomes a story about men meeting their own limitations, coming to know their own relative smallness, and living on with that difficult truth. This is a very human story.


Fairchild, who is also a scholar of William Blake, frequently writes poems that explore the ways in which the transcendent – the spiritual, the numinous – breaks through into the mundane. He is a visionary poet, and, while this visionary aspect in his work has roots in the mystical strand of the Western tradition, it is encouraged by the landscape of the southern plains – by the vastness of the ground and the prominence of the sky – a landscape that puts one in constant contact with the eternal. In “Angels, ” from his first book, The Arrival of the Future, a kid home from college, “hauling a load of Herefords / from Hogtown to Guymon,” sees “four flaming angels crouched on the hood, wings  / spread so wide he couldn’t see,” before he crashes and ends up in the hospital. In the later poem, “Airlifting Horses,” ordinary horses become the archetypal Pegasus as they are rescued by helicopter from a brushfire, and “the earth they rod a thousand days or more / falls away in hunks of brown and yellow.” Fairchild’s poems are often about reclaiming a true vision of the world’s holiness, the hidden, dimmed but ever-present wonder of creation.


We are at the Bargello in Florence, and she says,


what are you thinking? And I say, beauty, thinking


of how very far we are now from the machine shop


and the dry fields of Kansas, the treeless horizons


of slate skies and the muted passions of roughnecks


to weep more or less silently at the darkened end


of the bar out of, what else, loneliness, meaning


the ache of thwarted desire, of, in a word, beauty,


or rather its absence, and it occurs to me again


that no male member of my family has ever used


this word in my hearing or anyone else’s except


in reference, perhaps, to a new pickup or dead deer.


From this beginning, Fairchild goes on to weave a fugue involving “rural TV in 1963,” a tap-dancing uncle from California, work in a machine shop, J.F.K.’s assassination, exhibitionists, and Donatello’s David. It is one of Fairchild’s longest poems, and his most clear insistence on the disruptive value of beauty, its ability to break into the mundane world and reveal itself as always already present. As in the work of many mystics, beauty for Fairchild seems always only inches away from suffering.


Fairchild sees beauty, even holiness, in the sorts of people others might be tempted to brand as “losers.” He is a Dostoevsky of the southern plains. One of the best poems from his first book is “The Woman at the Laundromat Crying ‘Mercy’.” The poem ends simply with “In back, / the change machine has jammed and a woman / beats it with her fist, crying mercy, mercy.” There is more than a hint of both the beatific in general and the beatitudes in particular in this image. The later poem, “Old Men Playing Basketball,” ends “Boys rise up in old men, wings begin to sprout / at their backs. The ball turns in the darkening air.” Fairchild looks at desperate women in laundromats and men long past their physical prime and offers a vision that is a form of redemption, a way of seeing the world the way it could be and, according to Christian eschatology, will be. In “Rave On,” a bored teenager driven to entertain himself by deliberately wrecking cars resurfaces years later in a monastery. In the much later “Getting Fired,” a man, addressed in the poem in the second person, returns home after losing his job:


Your friend has her hand on the small


of your back, and you are feeling better now.


The voice of a woman who knew more pain


than any ten professors sings of love gone


wrong and the grace that follows loss.


The changes in a twelve-bar blues are open


doors to her, every chord a new way out.


On a diminished seventh love, she says, love,


and you pull the blinds, and begin to dance again.


This is a form of grace without a hint of cheapness in it. Maybe this view of things is “mystical.” Maybe it’s just a way of seeing that has kept generations of people sane through hard life on the plains.


The prominence of oil-field workers, horses, and plains in Fairchild’s poems may tempt us to call him a “western writer,” but, with his poems also full of classical music, renaissance art, and high philosophy, he is as well a western writer in the sense of having inherited the high cultural traditions of the western world.  In this he is like several other prominent poets of the southern plains, particularly Carter Revard and Jim Barnes. It is important to note, however, that Fairchild’s poems travel to Europe the way most of us do, temporarily or only in the books we read. In “A Roman Grave,” the poet observes “the long cars of the Romanovs” that “move quietly  as clouds to line the curb / of the Russian Orthodox Church in Exile,” and reflects on “[a] Europe of confusions, history’s scattered / flocks mumbling unintelligible prayers.” Further on in the poem “he watches diggers on the Thames’ / south side haul up rocks from a Roman grave,” and thinks about the layers of history represented by the “[s]trata piled like quilts beside the small pits,” before concluding that “[t]he dead in their stone sleep are roused into // history.” The poet remains the outside observer, the American marveling at the layers of the past in Europe, the man in the museum, as in “Beauty.” Fairchild perhaps comes closer to the European tradition with his reoccurring character, Roy Eldridge Garcia, who travels to France and becomes a sort of French bohemian poet. Fairchild even writes several poems in the voice of Garcia, prose poems clearly indebted to Baudelaire and Rimbaud. But Garcia comes home: the last of Garcia’s prose poems is dated “Liberal, Kansas, 1960.” In Fairchild’s southwest, boys hauling cattle carry copies of Rilke. This mixture of high and lower is perhaps most pronounced in his 2009 book, Usher, which draws heavily on the work of the Austrian philosopher Ludwig Wittgenstein. The effect of all this mixing of “high” and “low” culture, however, isn’t a cloying, second-rate Wasteland. One gets the impression, rather, that behind the poems is a real mind, the mind of a boy from the southern plains who found, at times, little to do with himself other than to visit the library.


After reading The Blue Buick, I am tempted to say that Fairchild is the great poet of the southern plains. But perhaps that would be hyperbolic. There are, of course, others, and there will no doubt be more. Fairchild, however, should be considered the unofficial, yet permanent, poet laureate of the southern plains. No other poet I can think of so perfectly captures what life is like here and does it with such artistic integrity and clarity of vision.


I recently read Joe Weil’s fantastic collection A Night in Duluth. I highly recommend it. Here’s a piece I wrote a few years back on Joe’s volume of New and Selected Poems. Unfortunately, the periodical I was developing it for shut its doors before it was published. So, I offer it here, a little late but better than never. 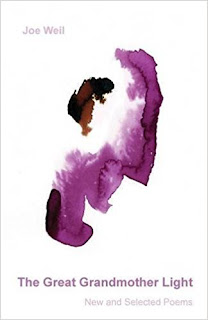